The tutorial takes place in Room Trinity on the afternoon of Monday 04/12/2017, see schedule of the conference

The tutorial will also incorporate some of the recent advances in the area, namely ’semantic’ embeddings (embedding ontological background knowledge into neural networks).

The intended paticipants of the tutorial are researchers in the fields of semantic technologies, knowledge engineering, data science, and data mining, and developers of knowledge-based systems and applications.

The tutorial will be largely based on the recently published book entitled “Semantic data mining. An ontology-based approach” [1] by the author of this proposal. It will also incorporate some of the recent advances in the area, namely ’semantic’ embeddings (embedding ontological background knowledge into neural networks), and will show how to apply semantic data mining techniques to knowledge acquisition giving special attention to refinement of knowledge graphs.

The planned (tentative) schedule of the tutorial is as follows:

The tutorial will include the typical presentation of the material with the use of a standard projector and slides, interleaved with Q&A, and practical parts such as short quizzes and exercises (hands-on) to be carried out by the participants.

The specific aims of the tutorial are:

Participants should bring their personal laptops.

The author of this proposal co-organized the Semantic Data Mining tutorial as part of the European Conference on Machine Learning and Principles and Practice of Knowledge Discovery (ECML/PKDD) in 2011. In recent years, the topic of data mining with and from ontologies and knowledge graphs has experienced an increased interest in major Semantic Web, knowledge engineering, data mining and artificial intelligence journals and at major conferences.

Also one of the keynotes at this years International Semantic Web Conference (ISWC 2017), to be given by Prof. Nada Lavrač, is devoted to the topic of semantic data mining. The Semantic Web Journal currently manages a special issue on “Machine Learning for Knowledge Base Generation and Population”. A new journal “Data Science” in its first issue discusses the topic of using symbolic, semantic knowledge in data mining [2].

Relation to the main conference topics

This tutorial is related to several topics of K-CAP 2017, including, in particular: 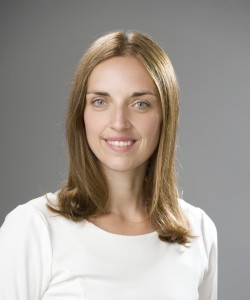 Agnieszka Ławrynowicz is Assistant Professor at the Institute of Computing Science at Poznan University of Technology (PUT) where she also did her Ph.D. in Computer Science (with distinction) in 2009. She also holds French-Polish DESS Certificate of Ability to Manage Companies (Poznan University of Economics & University of Rennes 1) obtained from post-graduate studies in 2003. Her research interests include artificial intelligence methods, mostly knowledge representation (ontologies), knowledge discovery and the Semantic Web. Before joining academia, she worked in industry (Empolis, Bridgestone), and also has been a leader of the PUT teams in R&D projects: France Telecom (Orange Labs) on spoken language understanding (2011), Volkswagen (2017) on Big Data analytics of manufacturing data. She had an EU Marie-Curie fellowship within the PERSONET project onWeb mining at the University of Ulster (2004). She was the PUT team leader in EU FP7 project e-LICO (“An e-Laboratory for Interdisciplinary Collaborative Research in Data Mining and Data-Intensive Science”) (2010-2012). She is a Laureate of the Foundation for Polish Science under the POMOST program for the project LeoLOD “Learning and Evolving Ontologies from Linked Open Data” (2013-2015). She is a member of the Polish Artificial Intelligence Society, ECCAI and IAOA. She has initiated and co-organized a series of international workshops on Inductive Reasoning and Machine Learning from the Semantic Web (IRMLeS) co-located with a major Semantic Web conference (ESWC’2009-2011). She has also served as co-organizer at several events related to knowledge engineering: co-chairing the Workshop on Ontology and Semantic Web Patterns (WOP2014, WOP2016), OWL: Experiences and Directions Workshop (OWLED 2015), machine learning tracks at the Extended Semantic Web Conference (ESWC2011,ESWC2014), and serving as the workshops chair at the ESWC2017. She serves as PC member at the major conferences and workshops related to knowledge acquisition: ISWC, ESWC, EKAW, K-CAP,WWW,WOP, OWLED, SEMANTiCS. She is the co-editor of the Special Issue on Machine Learning for Knowledge Base Generation and Population of the Semantic Web Journal. She is a co-chair of the W3C Machine Learning Schema Community Group. She was a tutor at the tutorials on Semantic Data Mining (at ECML/PKDD 2011), Modular Ontology Modeling with Ontology Design Patterns (at ESWC 2017). She has been lecturing on the subjects of semantic technologies, knowledge engineering, computational logics, and data mining for more than 10 years.